What makes fashion so popular is the accessibility, everyone is a witness and a participant in the process of dressing and adornment.

Expert or not, everyone feels confident to comment and interpret it. The constant quest for novelty and change only highlights the ephemeral nature of fashion. However, its fluidity reflects shifts in the social matrix.
There is no better way to reflect on the past year than in retrospect, looking at the past to move forward and find meaning and purpose for future years. In fashion as in life, history repeats itself:
The 1900s “La Belle Epoque”, the “Edwardian Era” or the age of opulence are well-known names for the period from 1900 to 1914. The era when wealth was exhibited in extravagant styles of living and was particularly obvious in luxurious dress for women.
The status, class, and age were clearly signaled by dress. To break the norm meant to risk social ridicule, the rules were rigidly followed. Menswear followed a strict sartorial code that emphasized the value of tradition and understatement. Paris remained the unquestioned home of high fashion. A Paris label was the ultimate endorsement!
The outfits were extravagantly decorated with beads, sequin, embroideries, laces, imitation flowers, ruches, and ruffles. Getting dressed and undressed wasn’t an easy task, this required the assistance of a lady’s maid. Women often complained about the discomfort of corsets.
Although the cosmetics industry was only at the beginning compared with the period after the first World War, makeup and scents became an increasingly important part of the quest for beauty. For the Beau Monde, the daily routine demanded at least four changes: for the morning, for early afternoon, for teatime, and evening.
1914-1929 The First World War brought a significant change in fashion design, dress fabrics, and methods of clothing manufacture. Despite wartime setbacks, the position of Paris fashion remained unchallenged, and the couture houses were the leaders in matters of style.
As you know, a number of designers introduced military references into their collections for day wear, and the color khaki was in vogue. Tailored jackets and suits, with gently waisted silhouettes, became increasingly important pieces of women’s wardrobe.
Traditionally, fashionable dress for women rarely included pockets but now became an important feature, the similarity with the army uniform was irrefutable.
From 1916 many designers focused on easy-to-wear clothing. It was the young Gabrielle Chanel who did the most to transform the design of fashionable wartime dresses by developing the trends for more casual and sporty clothing. Chanel’s pared-down, sporty clothes were to prove ideal for the war years. The year 1921 saw the great launch of French Vogue and the famous scent Chanel “No. 5”.
However, the post-war fashion was dominated by the youthful, boyish  Garçonne look – the antithesis of the romantic style. Also, in 1926 Chanel launched her legendary “little black dress”.
1930-1938 The Great Depression, mass unemployment, and the collapse of the New York stock market resulted in cheaper, diversified, and ready-to-wear ranges. Despite all the setbacks and challenging times, new houses continued to open, including Balenciaga in 1937.
Also, the backless evening gown below the waist was a 1930s fashion innovation.
1939-1945 As always, at wartime, fashion was largely determined by necessity. During the period of hostilities, fabric manufacture was focused on war-related purposes. The clothes for civilians were made from viscose and rayon as the wool was used for uniforms and silk for parachutes. The silhouette was narrow and tailored, with pronounced shoulders and a nipped-in waist. Jackets were cut short and boxy or long and lean. Skirts were accentuated with tunic lines, drapery, slanting, and patch pockets. No superfluous decoration was allowed.
During these years civilian styles became less formal. Because clothing and accessories were in short supply, special emphasis was placed on hairstyles and makeup.
1946-1956 After the devastating consequences of the war, the economies of all the countries involved were weak to the point of bankruptcy.
Recovery was slow and the population was adapting to peace and civilian life. During the Age of Austerity, fashion reflected the gradual growth in prosperity. One of the well-known pieces of swimwear was created in the post-war period – the bikini (1946). Paris fashion was in the ascendant. Two couturiers were dominant forces in this period: Christian Dior and Cristobal Balenciaga.

Dior nourished women’s desire for romance, Balenciaga’s work had a strictly modern appeal. Balenciaga was responsible for numerous forward-looking styles. He was the master of refined, tailored garments which highlighted the body’s contours. In Balenciaga’s vision, color, fabric, cut, construction had to blend perfectly.
Balenciaga can be described as a person ahead of his time as he did not limit himself to the pencil-thin mannequins but chose house models to accommodate women of all shapes and sizes.
Pierre Balmain opened his house in 1945 and became famous for ultra-feminine, sophisticated clothes, a note that he emphasized between 1952 and 1957,  by his collection “Jolie Madame” (Pretty Woman). Balmain was very well known for amazing, glamorous evening outfits.
Chanel relaunched her work in 1954 and made sure to show in her design the despise for highly structured and constricting clothes. She revived her classic designs and it took her a couple of years before her timeless pieces were properly acknowledged reclaiming her due place in high fashion. Hubert de Givenchy established his house in 1952. Audrey Hepburn was captivated by his work and became his most loyal client, wearing his creations, the iconic black dress in Breakfast at Tiffany’s.
By 1957 Europe had emerged from the shortages and deprivations of the post-war years. This resulted in growing prosperity that led to 1960s consumer society, clothes were disposed of long before they were worn out. Designers began to focus on the average young man and woman in the street rather than on a select, wealthy group. The garment that symbolizes the 1960s is the thigh-high mini skirt, which would stay current, along with skinny rib sweaters. Gradually the business of haute couture went into decline, in order to survive, the houses started to expand both their ready-to-wear operations and the major profitmaking options of perfume and makeup. In 1961, Yves Saint Laurent founded his own house.

The textile industry continued to research and develop man-made fabrics and blends.
The beginning of the next major stylistic shift was in the mid-1960s when maxi-coats were placed over minis.
1968-1975 During these years fashion became diverse and by the mid-1970s was clearly developed into two areas: classic and fantasy garments. The minis were replaced by midi and maxi skirts and there was an increasing dependence on trousers.
In 1968, Balenciaga closed his Paris house and declared that haute couture has no future. Additionally, in 1971, the death of Chanel marked another stage in couture’s decline.
Karl Lagerfeld began working with a group of designers at Chloé in 1963 and by the early 1970s, he knew that the prêt-à-porter was very important for the young clients and haute couture was perceived as dull and expensive. He fully embraced the retro movement.
By the mid-70s the Italian fashion industry was flourishing and names like Valentino, Armani, Versace were rising and they were the ones to dominate Italian fashion in the 1980s. With Calvin Klein’s preference for earth tones and neutrals, he adopted brown as his signature color. By the mid-1970s his work was classed as contemporary American minimalist style. Also, in the early 1970s, Ralph Lauren has reinvented traditionalism. He introduced men’s style shirts for women with the polo player logo. His clothes made reference to 1920s and 1930s fashion, there was no surprise that he was the designer of the male wardrobe for the 1974 film “The Great Gatsby”.
The extremely high platforms, which kept the flares and the long dresses off the ground, became one of the most evocative fashion icons of the 1970s.
By the mid-1970s fashion began to show some changes as flares went out of fashion and larger garments were preferred.
The 1980s were more optimistic and prosperous times. The early years are characterized by cultural conservatism and then the rise of Punk. Punk identity was shaped by the styling of the Punks themselves and the designs of Westwood and McLaren. Hairstyles, makeup, and jewelry played their part in the Punk look. However, with the 1980s came a change towards more expensive fashion. It became chic to show one’s wealth by wearing high-cost designer garments. Logos were desired: Louis Vuitton’s bags, Moschino’s large belts, Chanel’s jewelry, and handbags, Rolex watches.
In the 1980s British fashion received a boost from a totally unexpected source – the British royal family, Lady Diana Spencer.
Jean-Paul Gaultier’s work used models who challenged conventional notions of beauty. Madonna later promoted on her 1990 World Tour the glamourous corsets and bra tops that create a powerful yet sexy look. While Thierry Mugler’s garments exaggerated femininity with futuristic imagery.
During the early 1990s, there was a reaction against consumption that characterized the 1980s. As in the crisis period of the late 1960s, clothing design began to reflect the general interest in sustainability and spirituality and many designers sought inspiration from communities that weren’t influenced by international fashion trends. “Authenticity” became the new trend and subcultural style and ethnic clothing entered fashion as a major inspiration.
For many years the catwalks influenced mainstream fashion but during the 1990s the reverse process happened. These included the Hippie style by Dolce & Gabbana, B-Boy and Surf by Lagerfeld for Chanel, Ragga by Calvin Klein, Teddy Boys and Mods by Paul Smith, and ethnic styles by Gaultier. One of the most known phenomena of the 1990s was the promotion of “supermodels”: Cindy Crawford, Claudia Schiffer, Naomi Campbell, Kate Moss.
In 1999 high fashion remained one of the most immediate forms of cultural production, and reflected socio-economic and technological developments. The Internet facilitated communication and 24 hours home online shopping.
The early 2000s or also known as “the years we shall not mention to our children and grandchildren”. However, it’s going to be difficult to explain why I still keep that extremely low-waisted pair of Lee jeans after all these years. Call me sentimental but I can’t get rid of them!
The pictures of crop tops, law-waisted jeans and skirts, blazers, vests, halter neck tops, and cargo pants take me for a stroll down memory lane, bitter-sweet reminiscence.
The 2000s are defined by fashion blogs, the rise of the Internet, and social media. Fashion became mainstream.
The late 2000s are characterized by a process of decluttering in fashion and the concept of “less is more” became increasingly present. We witnessed the transformation of jeans into high-waisted ones, subtle denim – skinny jeans or 1970s style. The leather jackets became a go-to piece.
In the last decade, we had the revival of the midi skirt and still very popular today. Furthermore, being a timeless piece of garment, it should never go out of style. The leather jacket is a wardrobe staple but felt like the last decade it was present in a fashion more than ever before, dressed up or down.
The 80s fashion trends emerged during the last few years but there’s a good balance between the timeless pieces and these trends. Also, during the pandemic, the same as in the 1960s and then in the1980s, in 2020 the clothing design began to reflect an interest in sustainability. The vintage pieces are styled with new ones and there is an increasing demand for second-hand garments. The same as many years ago, the priorities and views about fashion change during a global crisis. More people investing in high-quality garments and refusing to buy fast-fashion items, talking more about sustainability in fashion and conscious consumerism. However, this is just my theory, so don’t take my words for facts. 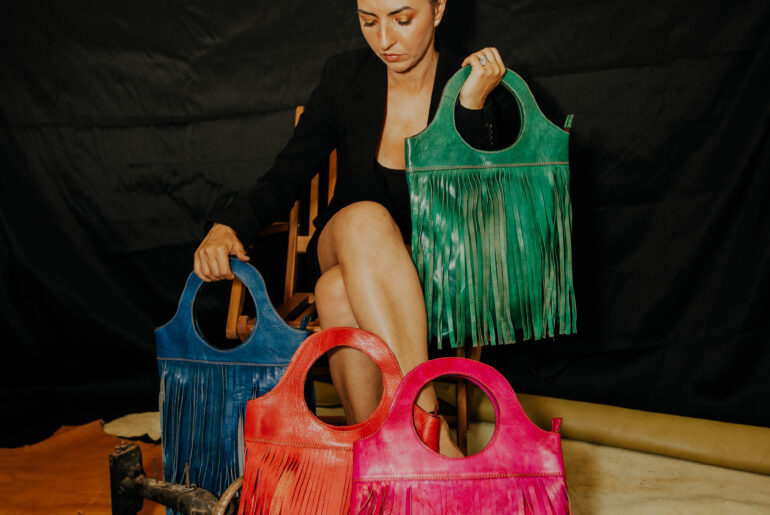 A candid interview with Atelier BLB 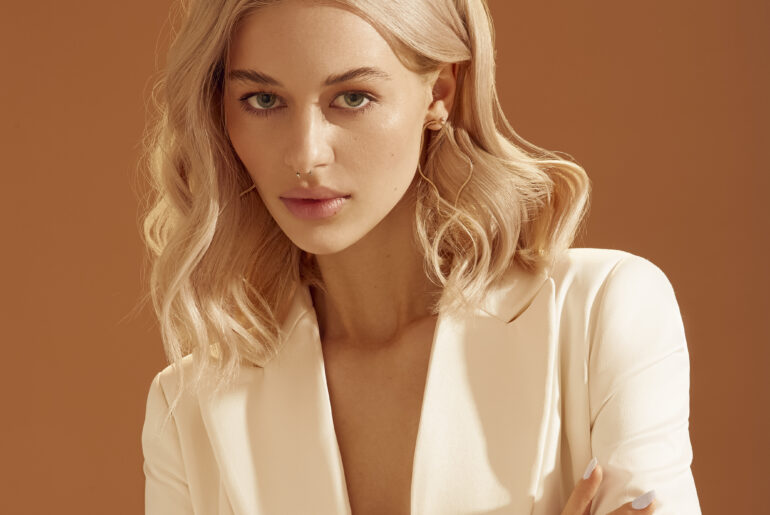 Dress Up: the Art of Being Elegant 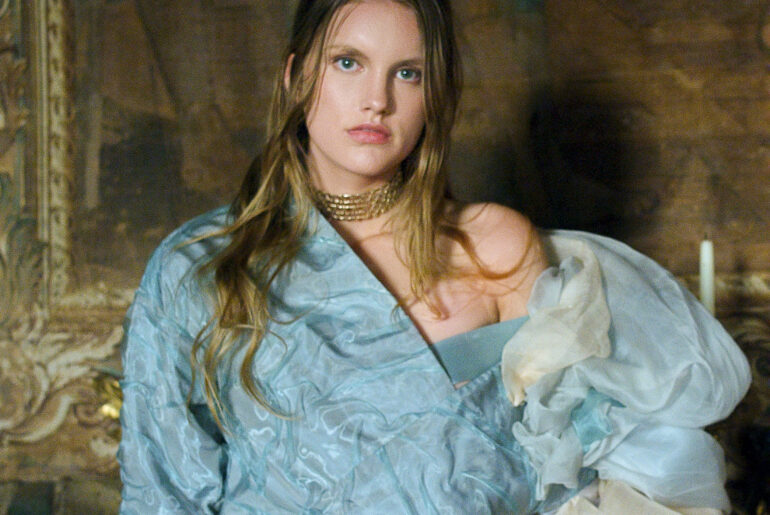 Behind the Lens with Michel Jaumin