It’s been a year of uncertainty with a continuing global pandemic that changed our lives beyond recognition and beyond imagination.  We are indeed living in unprecedented times and Google won’t help us answer any questions this time. If only it were that simple!

It does appear that there is finally some light at the end of the tunnel.  Nevertheless, this doesn’t make it any easier after a year of struggle and irremediable consequences and losses.

During the past twelve months, each one of us has had to fight battles in one way or another; allocate our energy wisely, and reflect on what is truly important to us. As a result of staying at home for large portions of the year in our comfies, we could say our ‘new priorities’ are our adornment of choice, and fashion has taken a backseat… for now.

However, there is a perpetual element in all these life-wrecking changes – Art.  In its multitude of facets, art has been present continually. As we slowly come out of this global pandemic, we are surely going to value all the things that we once took for granted: a trip to watch a play at the theater amongst other people; a movie at the cinema. We are, after all, social beings and we now yearn for things, the absence of which, we never thought could have such an impact on our lives and wellbeing.

Until then, we still have books to keep us going and to help us with the escapism we all need.   Only a few weeks ago I stumbled upon a book in my library that I haven’t touched in years: “The Great Gatsby”. As I held the book in my hands, I instantly remembered that the novel is set in 1922. F. Scott Fitzgerald was a social historian who managed to capture many changes and events during his life. There is a fine line between reality and fiction in all his works.

In a New York Times article of December 2020, it was mentioned that the novel’s copyright expires in 2021. Therefore, we may see many adaptations over the coming years. Although nearly a century ago, we are reading and thinking about those times now more than ever.

Interestingly, the action of the novel is set two years after the 1918-1920 Influenza Pandemic, also known as the “Spanish flu”, the deadliest pandemic of the 20th Century.

As if we needed a reminder that history always repeats itself, social distancing and stay-at-home measures were in place in the 20th century too. It’s no surprise we are implementing tried-and-tested methods, even though they may be something new to us personally.

One thought leads me to another and a potential connection with F. Scott Fitzgerald’s novel that we may see repeated in our day. The New York of 1922 was described as a place with champagne fountains and never-ending parties, an age of art, miracles, and excess. Influenced by the Jazz Age and the culture of change, fashion too was incorporating everything that was new. The characters’ outfits in the novel are described in great detail by Fitzgerald as if they were an intrinsic aspect of their personality, not simply a sign of their social status. This depicts precisely the importance of fashion during that era.

We can only speculate that this “boom” and overabundance in all aspects of life including fashion, was an inevitable outcome of the pandemic and its associated restrictions.

So, it may not be a surprise if we too see some similar changes in fashion over the next few years. For example, more people might choose to ‘dress up’ just to run errands or do grocery shopping. Having been unable to attend public events for so long, almost any occasion might provide a great reason to overdress, without the worry of feeling judged. As a result of an increase in online clothing shopping without the opportunity to wear the purchased garments, many may want to seize the moment and dress up more often than they did previously. After all, you don’t truly miss something, until you can no longer do it.

Some of these phenomena were apparent a century ago. Fingers crossed, history repeats itself again and we witness an unprecedented change in street fashion.

Of course, we must also consider the fact that the contrary may be true. We could see more people incorporating their loungewear into their street attire. Inevitably, after so many months of wearing only comfortable clothes, especially if working from home, such a relaxed ‘dress down’ approach to fashion wouldn’t be a surprise at all. The pandemic has perhaps made some of us re-evaluate the way we dress and being comfortable may indeed stay high-up on the list of priorities. If we keep it classy and elegant, it’s not the end of the world!

However, I’m personally rooting for the first scenario mentioned, and will also be giving my full backing to the next one:

More people are investing in high-quality garments and refusing to buy fast-fashion items. I hope people will make clothing choices that contribute towards a sustainable future. Less is more – let’s wear only the pieces that we really love and that make us feel happy and comfortable. After all, life is too short and there’s no space for dull things. I also believe that vintage pieces are going to be in very high demand in the future.

I have already noticed some early signs that things are in fact moving in the directions discussed above. I plead guilty to some of them too… But who am I kidding?! I have been doing most of them all year already!

Speaking of the pandemic and art, I recently watched from the comfort of my sofa, an online production broadcast by the Globe Theatre, dressed in an evening gown with a glass of wine in hand. Guilty as charged!

If, like many people over the last year you have displayed the whole spectrum of clothing choices: grocery shopping in loungewear one day, wearing your favorite designer outfit the next, that’s absolutely fine! Likewise, you may have re-considered your entire perception of fashion and your wardrobe and decided to adopt new habits and rules by clearing out all the items you don’t like, or which don’t suit or serve you anymore. This too should be embraced and is all part of maintaining control in the current situation and planning for the new-found freedom we soon hope to have.

Maybe Fitzgerald’s novel is so relatable because it highlights eloquently the ephemerality of all things. Everything can crumble and fall apart any day. And if we didn’t know it already, we’ve certainly learned that the hard way during the last 12 months.

Therefore, carpe diem! Knowing what we now know, seizing the day, and relishing the small things really isn’t such a reckless thing to do. So, wake up and take a moment to smell those flowers. After all, Spring is officially here! 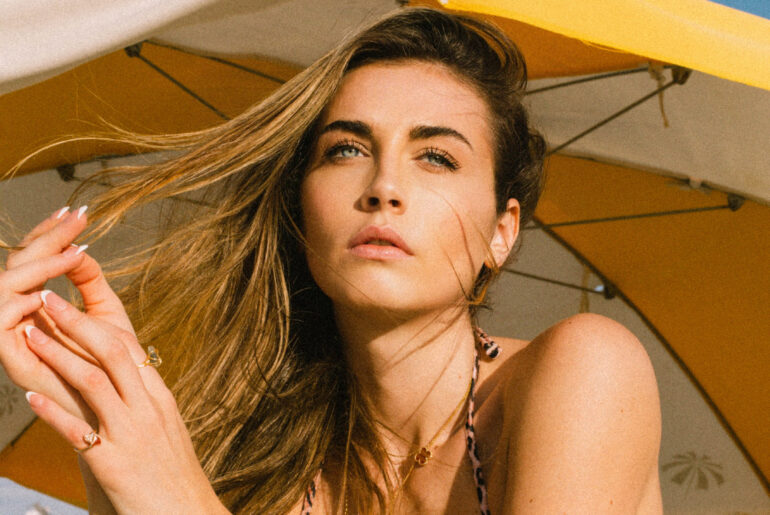 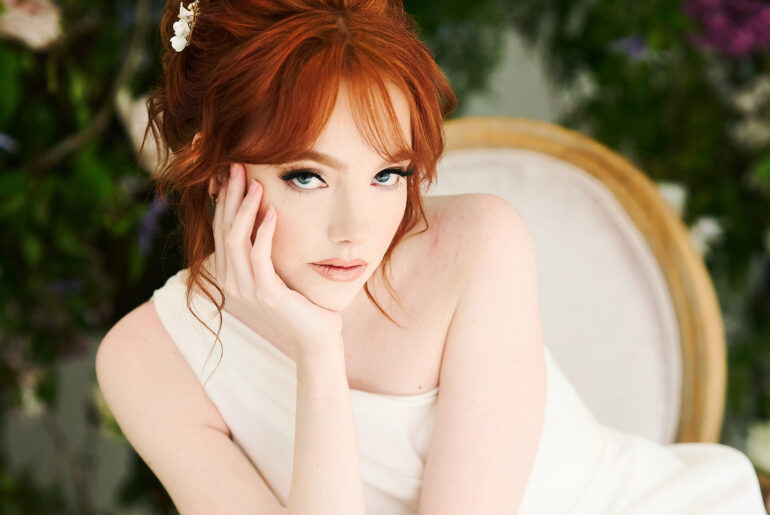 A Walk Through Spring Editorial